HOLIDAYS WITH A CRIMINAL BACKGROUND According to Oleg Loginov. July 4 – MEMORIAL DAY OF TSAREVICH ALEXEI 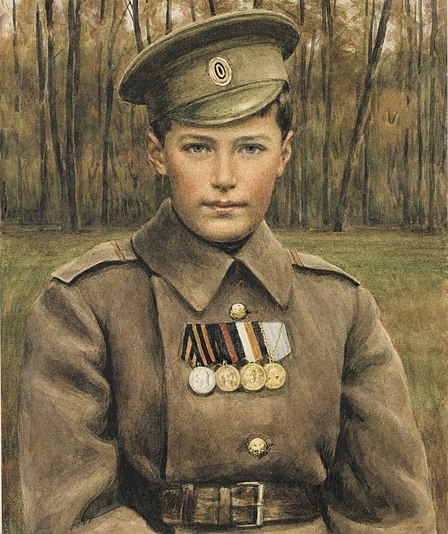 Alexey Romanov (August 12, 1904 — July 17, 1918) was the last official heir to the Russian throne, during the life of the officially ruling monarch of the Russian Empire, with the official titles Tsarevich and Grand Duke, the fifth child and only son of Nicholas II and Alexandra Feodorovna.

He was a long-awaited child: Alexandra Feodorovna had four daughters born one after the other in 1895-1901. But on his mother’s side, Alexey inherited hemophilia, the carriers of which were some of the daughters and granddaughters of Queen Victoria of England. 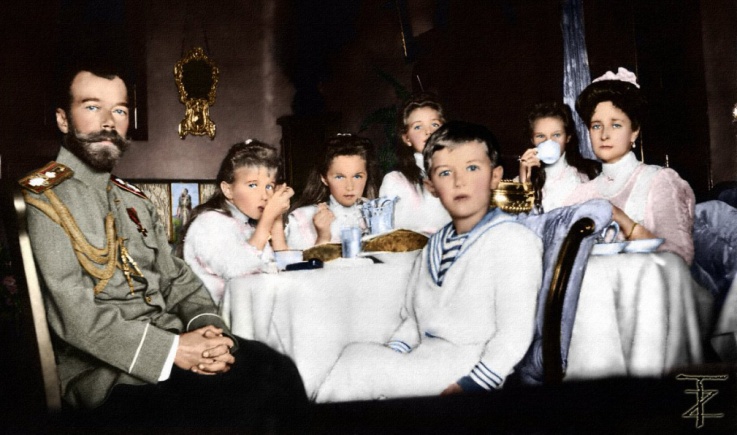 The boy’s character was docile, he adored his parents and sisters, and they, in turn, doted on the young tsarevich. 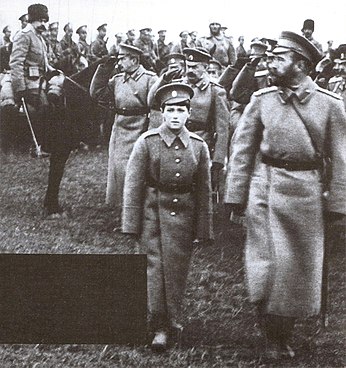 The heir loved everything connected with the Russian army very much. Tsarevich’s favorite food was «cabbage soup and porridge and black bread, which all my soldiers eat,» as he always said. Every day they brought him a sample of cabbage soup and porridge from the soldiers’ kitchen of the Consolidated Regiment; Alexey ate everything and also licked the spoon, saying: «This is delicious, not like our lunch.» 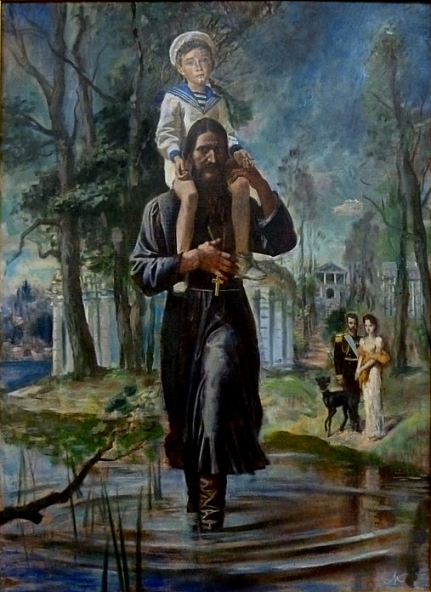 Mikhail Kudrevaty. «In Tsarskoye Selo. With the heir to the throne.» (1990)

Rasputin gained influence on the imperial family and, above all, on Alexandra Feodorovna by helping her son, heir to the throne Alexei, to fight hemophilia, a disease that medicine was powerless against. According to one hypothesis, the prince could be given aspirin to relieve pain, which, as it became known only in the middle of the century, dilutes blood and is categorically contraindicated for hemophiles — Rasputin insisted on refusing any medications. 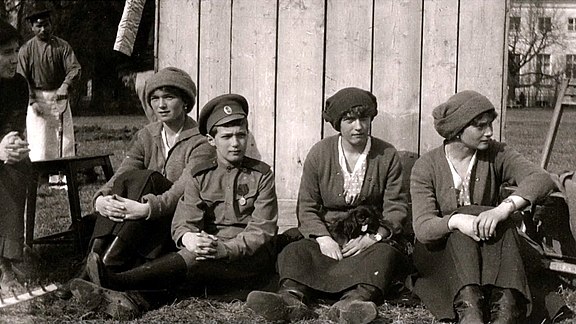 Children of Alexandra Feodorovna and Nicholas II in Tsarskoye Selo. May 1917

On March 15, 1917, Nicholas II abdicated not only for himself, but also for his son; «not wanting to part with our beloved son,» he handed over the throne to his younger brother, Mikhail Alexandrovich. This decision was made after consultation with the life surgeon Professor Sergei Fedorov, who told the emperor that although you can live with hemophilia for a long time, but the life of the heir to the throne depends on any ridiculous accident.

The last exacerbation of the disease occurred during the exile of the royal family in Tobolsk in early 1918. T. Melnik described the onset of the disease as follows: «suddenly Alexey Nikolaevich fell ill. It was a great misfortune for everyone, as he was suffering very much again. 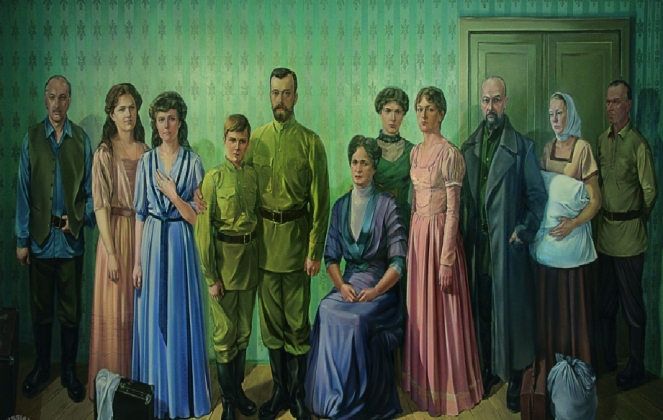 Pavel Murakhin’s painting «The Execution of the Royal Family»

Tsarevich Alexei was shot at the age of 13 together with his parents and sisters in Yekaterinburg, in the Ipatievsky House on the night of July 17, 1918.

Romanov and his family were woken up at night and informed that the city was restless, and therefore, for safety reasons, they had to go down to the basement. 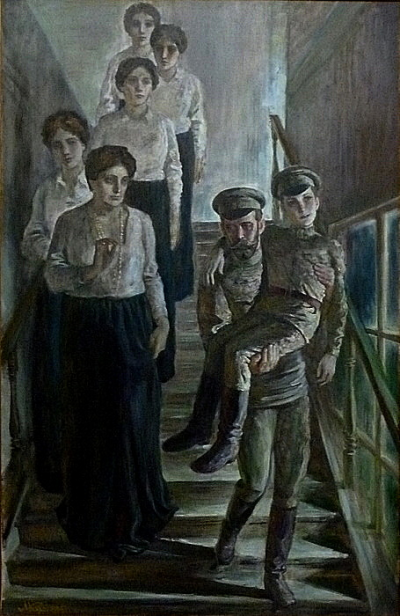 One of the participants in the murder , Pavel Medvedev , in February 1919 , during interrogation , told a member of the Yekaterinburg District Court , Ivan Sergeev: «At one o’clock in the second night, the Tsar, the Tsarina, the four royal daughters, the maid, the doctor, the cook and the footman came out of their rooms. The King carried the heir in his arms. The Sovereign and the Heir were dressed in tunics, caps on their heads» 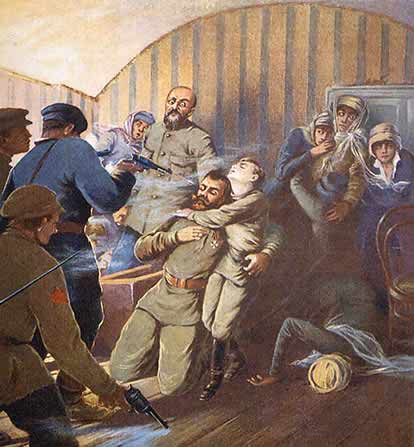 In the basement, a firing squad was waiting for them all, led by the commandant of the «House of Special Purpose» Yakov Yurovsky, who read the verdict to the royal family, and at the last word pulled a revolver out of his pocket and shot Nicholas II. And then his assistants started shooting. When the tsar and 9 people who were with him fell to the floor, the shooting was stopped. 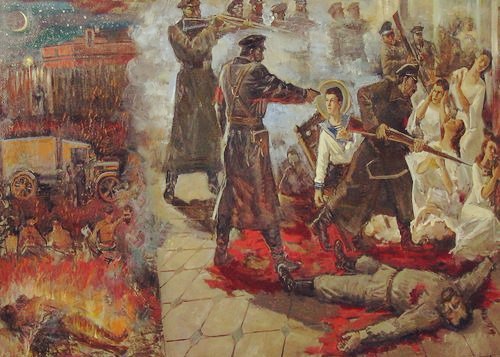 According to the testimony of Medvedev, one of the participants in the execution, it took several shots to kill the tsarevich.

Canonized by the Russian Orthodox Church as a passion-bearer (commemorated on July 4 according to the Julian calendar).

The boy, of course, is a horror, how pathetic, but by and large it was his father who, having dragged Russia into the First World War, brought the country to the point that children began to be killed in it.

Article on the topic «The tragedy of the crowned Romanov family» 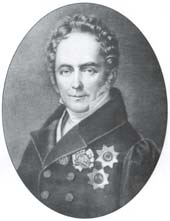 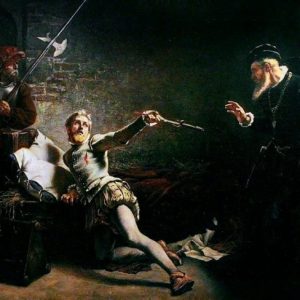 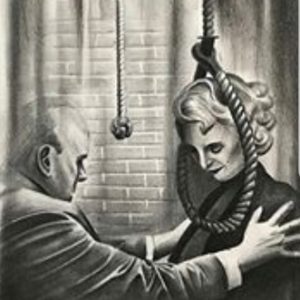 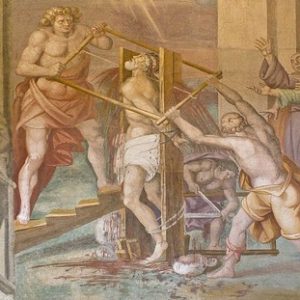 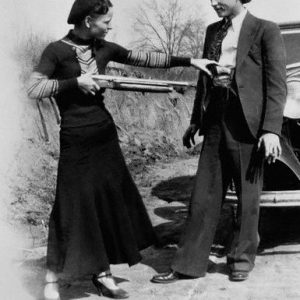