HISTORY OF THE DAY According to Oleg Loginov. June 27. THE MURDER OF JOSEPH SMITH

THE MURDER OF JOSEPH SMITH 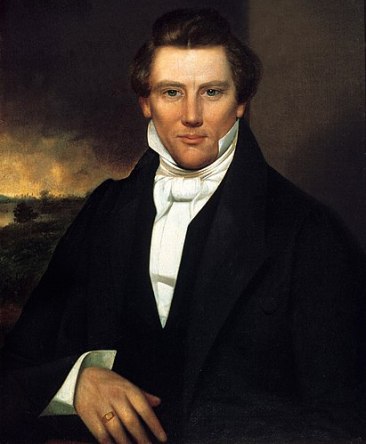 Joseph Smith Jr. was the founder of Mormonism and the Latter-day Saint movement. When he was 24, Smith published the Book of Mormon. By the time of his death, 14 years later, he had attracted tens of thousands of followers and founded a religion that continues to the present day with millions of supporters around the world. 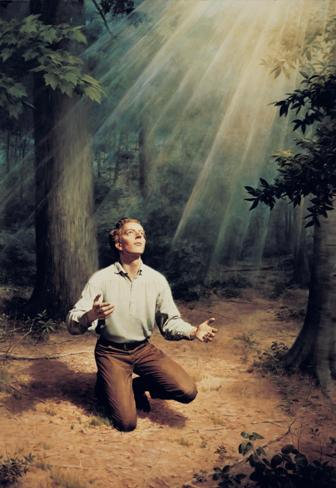 According to Joseph Smith, in 1820, when he was 14 years old, he began to have visions. Simply put, God began to appear to him with instructions. And on September 21, 1823, in response to his evening prayer, his attic room was filled with light, and a heavenly messenger named Moroni appeared to him, who told Joseph Smith that a collection of ancient scriptures engraved on gold plates by ancient prophets was hidden in the ground on a nearby hill. Allegedly, Smith managed to find and translate it, which became the basis of the religion of Mormonism.

However, those around him did not like his religion, especially the fact that it allowed polygamy. Smith was even lynched once, but not to death. Then he began to create militant groups from among his followers. Joseph Smith and other church leaders were arrested on charges of treason. In November, they were imprisoned in Independence and Richmond, Missouri, and on December 1, they were transported to Liberty, Missouri, where they were held in very harsh conditions in the basement of the prison. As a result, by the spring of 1839, Mormons, including Joseph Smith’s family, were forced to leave Missouri. 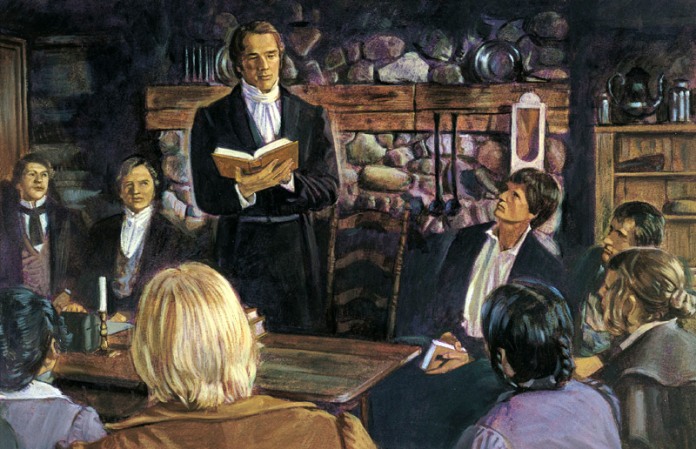 Moroni did not help Joseph Smith much in life. Smith was engaged in farming in Nauvoo, but his financial situation left much to be desired. He and his wife buried six of their ten children. Yes, there were also people around him who showed intolerance to his religious views every now and then. However, Joseph himself showed intolerance to criticism of his teachings. As mayor of Nauvoo, Smith ordered his marshals to destroy the Nauvoo Expositor newspaper, which criticized his religious activities, and demolish the printing house in which it was printed. This caused the indignation of the population. Smith declared martial law. Then the Governor of Illinois, Thomas Ford, assembled a volunteer militia to prevent a war between Smith’s supporters and opponents, and invited Smith to voluntarily surrender under his protection and stand trial for the destruction of the printed press. 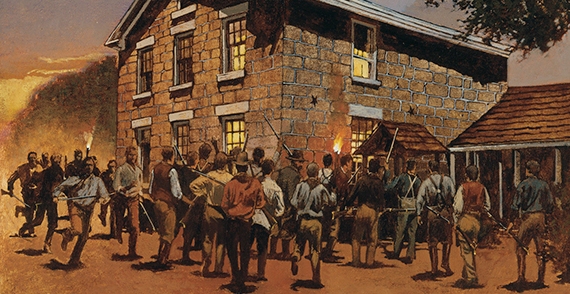 Joseph Smith disbanded his legion and, after some hesitation, surrendered to the governor’s protection. He was placed in the prison of the city of Carthage (Carthage), where he began to await trial. In prison, Smith was armed with a pistol, which was secretly smuggled into his cell by one of his associates, and with him were his brother Hiram, Willard Richards and John Taylor. 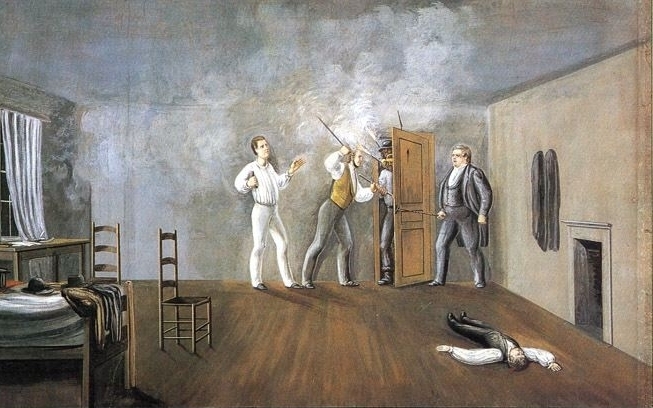 On June 27, 1844, about 200 people with faces smeared with soot attacked this prison. Haters of the Mormon religion and opponents of polygamy began to break into the cell where Joseph Smith was being held. His brother Hiram, who was trying to lock the door, was shot in the face. 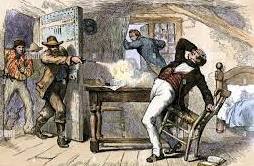 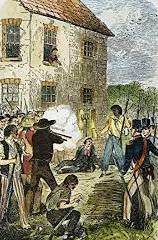 Smith fired three shots from a pistol that his friend Cyrus Wheelock lent him, wounding three people, and then jumped back to the window. 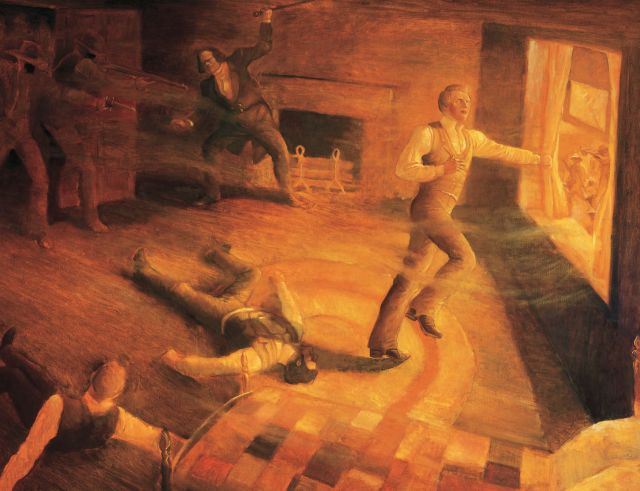 He was hit by several bullets and fell through the window, screaming: «Oh my God!». 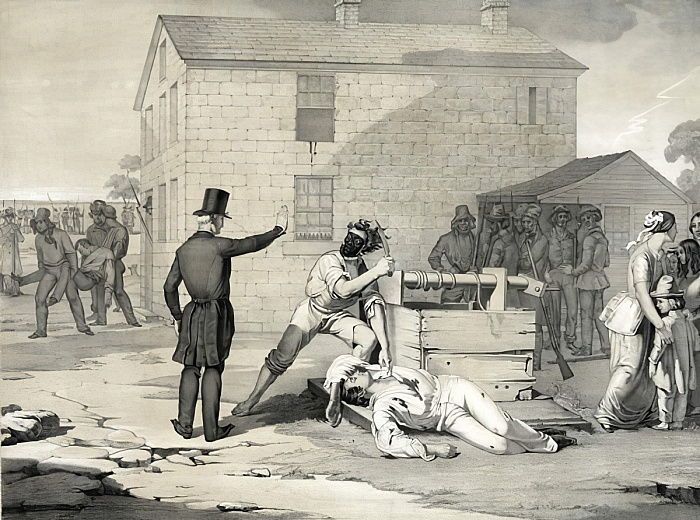 Joseph Smith died shortly after hitting the ground, but was shot several more times before the crowd dispersed. John Taylor was hit four times, but he survived. According to legend, his life was saved by a pocket watch, in which a bullet stuck, which could have been fatal. Only Willard Richards was unharmed, except for a slight injury to his ear by a bullet.

The bodies of Joseph and Hiram Smith were transported to Nauvoo on two open wagons. But at a public farewell at the Mansion House, attended by about 10,000 people, sandbags were placed in coffins instead of bodies. This was done out of fear that after the funeral, the enemies of the Mormons might abuse the bodies of the Smiths. Therefore, their bodies were secretly buried under the unfinished Nauvoo house. 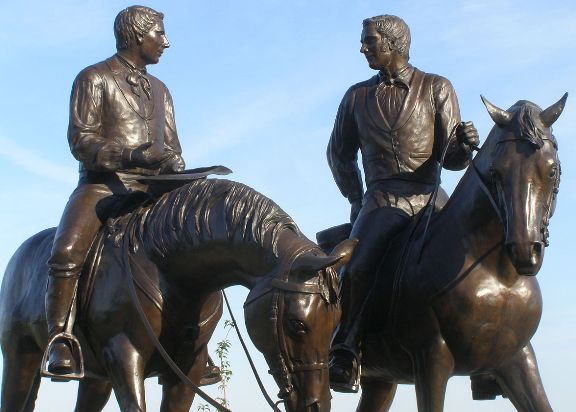 Monument to Joseph and Hiram Smith («Last Ride») in front of the Nauvoo Temple.

In May 1845, five men were tried in Carthage for the murder of the Smith brothers, but all were acquitted. However, the Mormons helped them. Members of the Church were asked not to testify and not to attend the trial because of fears that the justice system was set against them, and out of reluctance to provoke further violence. Without Mormon witnesses, the prosecutor was able to present little credible testimony. As a result, the jury acquitted the accused. 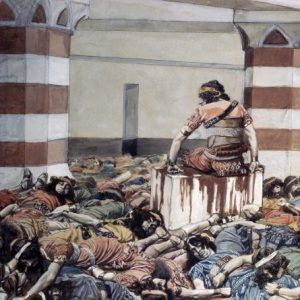 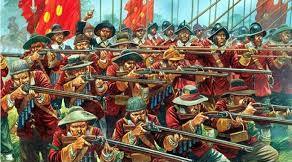 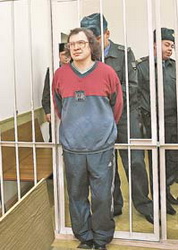 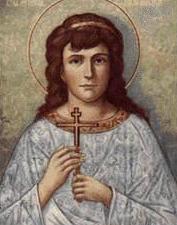 HOLIDAYS WITH A CRIMINAL BACKGROUND According to Oleg Loginov. January 30 – WORLD DAY OF PRINCESS ANASTASIA 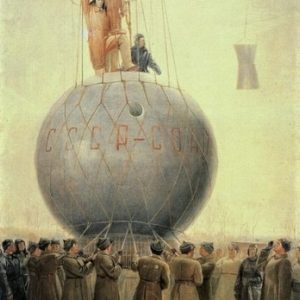