PHOTO RATING «THE DRAMA OF ANNE BOLEYN». According to Oleg Loginov 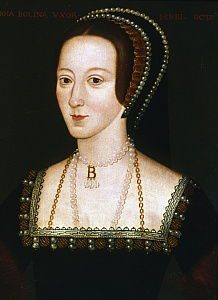 Anne Boleyn was the second wife of King Henry VIII of England Tudor (from January 25, 1533 to May 17, 1536), before her marriage — the Marquess of Pembroke. Mother of the second reigning Queen of England, Elizabeth I of England. 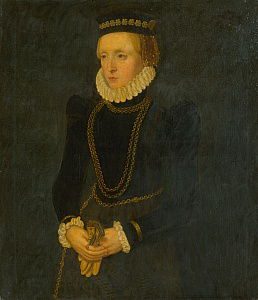 When describing the appearance of Anne Boleyn, eyewitnesses noted her great attractiveness to others, but judgments about her attractiveness vary. She was not considered a beauty according to the beauty standards of her time, when preference was given to blonde and blue-eyed women. Anna was dark-skinned and dark-eyed with thick dark hair. According to John Barlow, one of Thomas Boleyn’s chaplains, she was much less beautiful than her sister Mary or the king’s mistress Bessie Blount, but at the same time, «very eloquent and amiable, and quite attractive.» 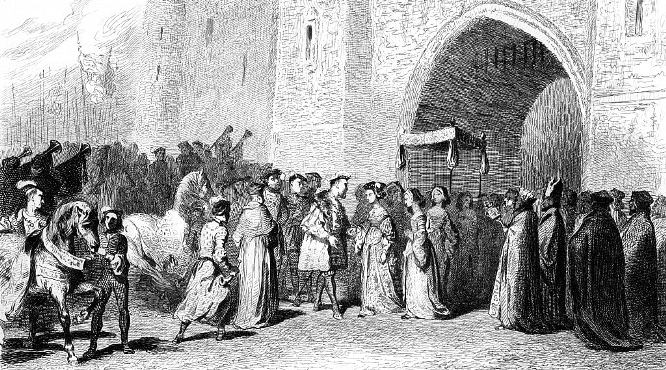 Tony Johannot. «The meeting of Henry VIII and Anne Boleyn, 1520»

Anna’s debut at the court of Henry VIII took place at a reception in honor of the Spanish ambassadors on March 4, 1522 in York in a festive performance of Chateau Vert (from French — «Green Castle»), where Anna played the role of «Perseverance». In white satin dresses with gold ribbons, Anne, her sister Mary Boleyn, the king’s younger sister Mary Tudor and other court ladies performed a dance. 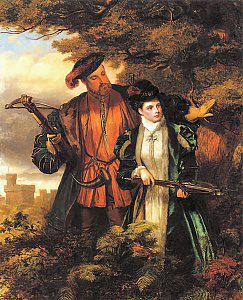 Anna quickly gained popularity at court; courtiers noted the sophistication of her attire, a pleasant voice, ease in performing dance, fluent knowledge of French, good performance on the lute and other musical instruments, energy and cheerfulness. Some noted that Anna enjoyed the attention from fans surrounding her, but she was cold, fearing the fate of her sister Mary Boleyn, who, according to rumors, had an intimate relationship with King Francis I and a number of courtiers of the French court, and upon returning to the court of England became the mistress of King Henry VIII. 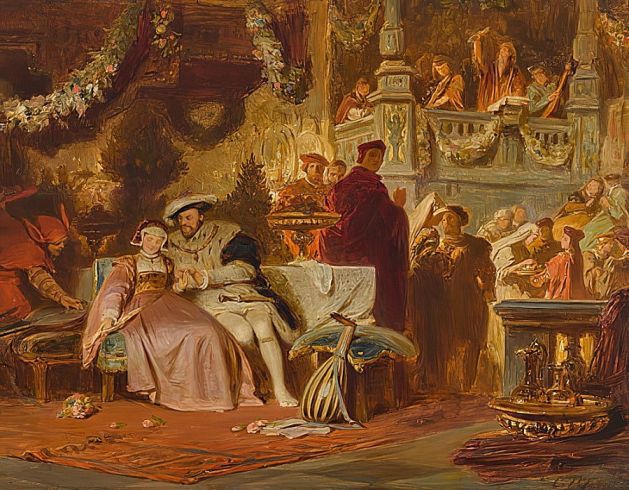 The English King Henry VIII was stern and loving. In 1522, Henry VIII was married to Catherine of Aragon, who gave birth to the king’s only surviving child Mary (the future Queen of England Mary I, known as Bloody Mary), and was in a relationship with mistresses: Bessie Blount and Mary Boleyn. 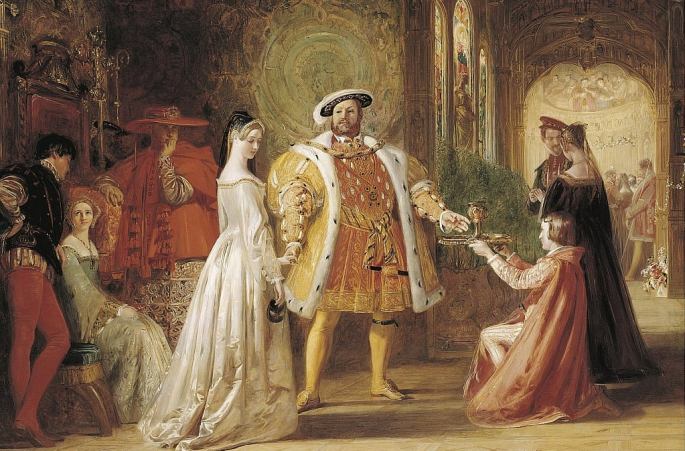 Having not received the long-awaited male heir in marriage with the queen, Henry VIII cooled down to his wife who disappointed him, relations with permanent favorites bored. Having met Anna, the king was carried away by a young, intelligent and graceful girl, who, however, took the king’s attention with restraint. 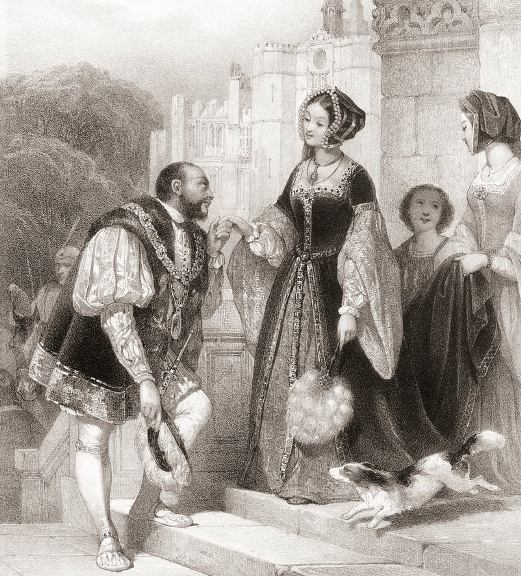 Anna was happy to keep company with an educated and talented king, but she was not going to get in touch with him in the status of a «concubine». Some believe that the king, with lavish courtship and attention, certainly made attempts to seduce the girl, but she refused to become his mistress. 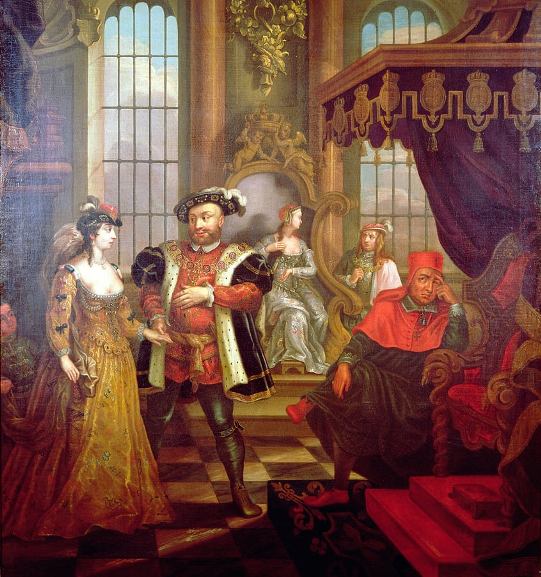 Being in love with Anna and longing for an heir, Henry VIII eventually decided to offer Anna to become a legitimate wife and queen of England, and she agreed. 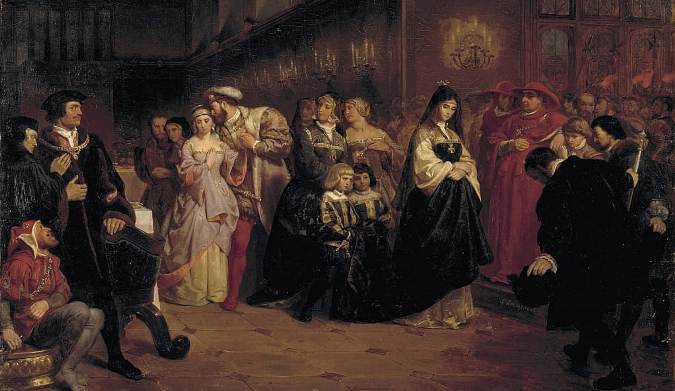 Despite an almost seven-year relationship before marriage in 1533, there is no evidence that Anna and the King entered into an intimate relationship. To master it, the English king even had to change the state religion in England – from Catholic to Protestant, for the sake of divorce from Catherine of Aragon, which the Catholic Church opposed. When the issue of marriage with Anna was resolved, she finally gave herself to him. 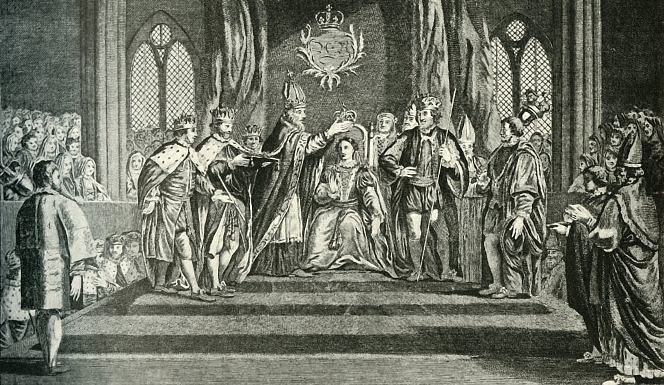 The coronation of Anne Boleyn with the crown of St. Edward. (1902)

In May 1533, the annulment of the marriage of Henry VIII and Catherine of Aragon was officially announced, and five days later – that the king had a new wife. Her coronation took place on June 1, 1533, at Westminster Abbey. Anna was already pregnant by the king at that time. 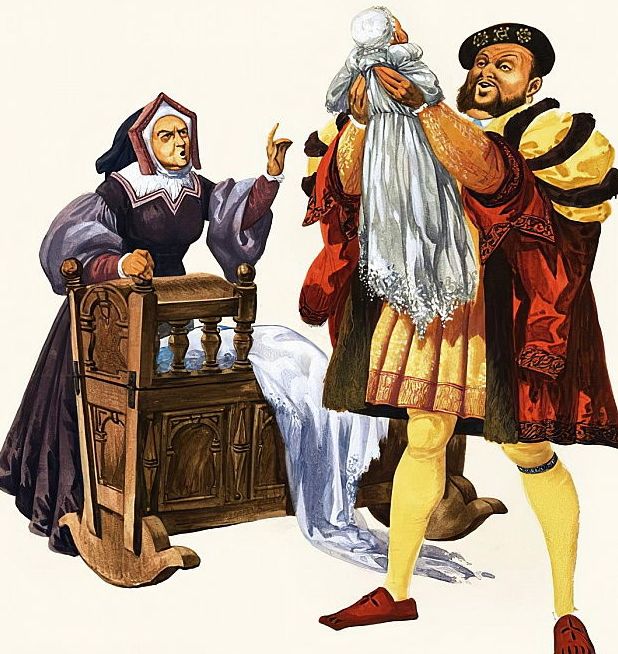 The court astrologers unanimously insisted that there would be an heir, but on September 7 she gave birth to a girl. The king had already prepared a speech and ordered the organization of a tournament to celebrate the birth of an heir, and therefore the birth of his daughter disappointed him. The tournament was canceled, and the festivities were reduced to a level befitting the birth of a princess. Who then could have known that this girl would later grow up to be Queen Elizabeth I. However, the christening was held with appropriate solemnity.

Gradually, the king’s irritation grew, not only was his wife quarrelsome, she could not give him an heir in any way. Anna’s second child was stillborn. Meanwhile, Boleyn behaved more and more defiantly, throwing lavish holidays in the absence of her husband and buying expensive jewelry.

The new queen had a much larger retinue than Catherine. More than 250 servants attended to her personal needs, ranging from priests to stable keepers. More than 60 ladies-in-waiting served the Queen and accompanied her to social events. She hired several personal priests, chaplains and spiritual advisers.

Meanwhile, the king’s lust turned to a new woman — Jane Seymour. Unlike Catherine of Aragon, who put up with her husband’s numerous infidelities, Anna was not satisfied with this state of affairs. She was jealous and openly expressed claims to Henry, which infuriated her husband even more. 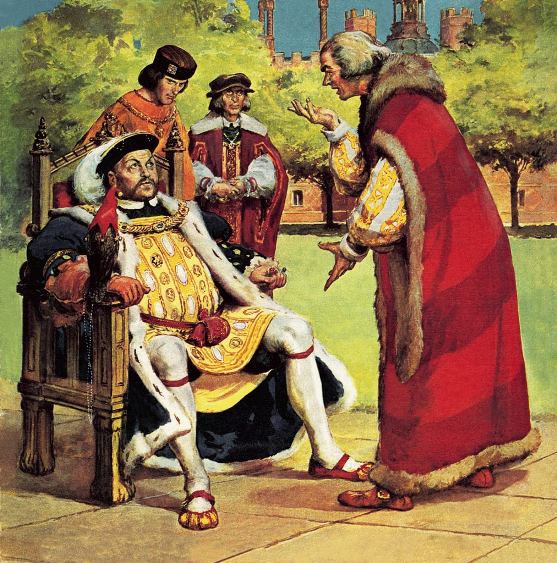 Thomas Cromwell’s Deal with His King

He thought about divorcing Anna and instructed his minister Thomas Cromwell to deal with the issue of divorce. He himself was looking for a reason to overthrow Anna, because she was arguing with him over the distribution of the confiscated income of the church. In order to remove Anna and make way for a new marriage, the queen was accused of high treason and adultery to the king, for which the death penalty was threatened. The Queen’s friends Henry Norris, William Brereton, Francis Weston, Mark Smeaton and Anne’s brother George, Viscount Rochford, were declared lovers.

On April 30, 1536, the king’s servants arrested and tortured Anna’s musician, Mark Smeaton, who denied any connection with the queen, but later refused his first testimony and confessed (possibly for the promise of freedom) that he was her lover. Then Henry Norris, Sir Francis Weston and William Brereton were arrested, as well as Sir Thomas Wyatt, who was rumored to have had a romantic relationship with the queen before her marriage to the king. Thomas Wyatt was saved by the intercession of Thomas Cromwell. Anna’s brother, George, was arrested on charges of incest with the queen and treason. 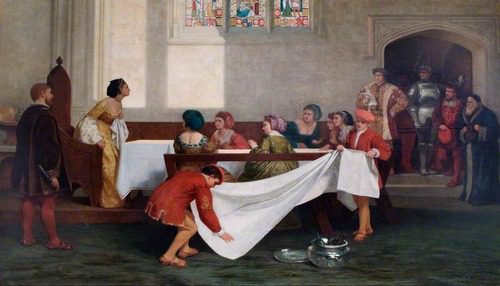 The arrest of Anne Boleyn

There is no doubt that the testimony extracted from them by threats and torture convicted Anna of criminal adultery. And since she was the queen, it was not some kind of adultery on her part, but high treason. The king ordered her to be imprisoned in the Tower – in the very chambers where she spent the night before the coronation. 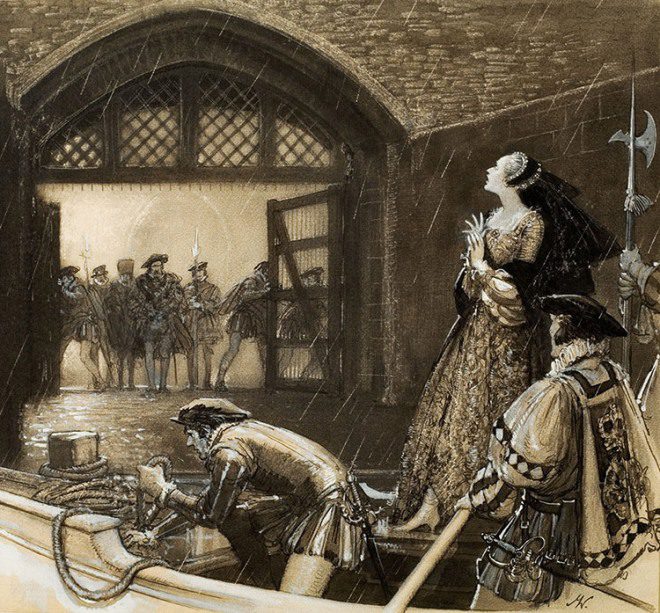 On May 2, 1536, Anne Boleyn was arrested and taken to the Tower. She traveled by boat along the same path as at the coronation, but on the way to the Tower in the boat she was accompanied by Thomas Cromwell. 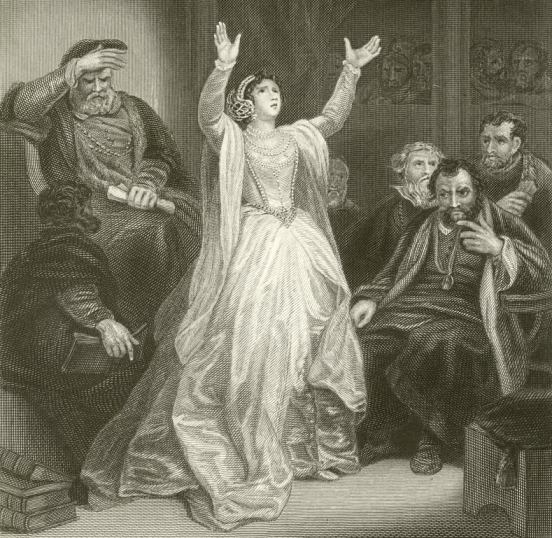 On May 15, 1536, Anne Boleyn appeared before the court. She was accused of incestuous relations with her brother John Rochford, of witchcraft (she had a sixth finger on one hand), and of conspiracy to murder Henry VIII. Moreover, it was said that Anna promised each of the conspirators to marry him after the death of her crowned husband. Curiously, the Queen was also accused of ridiculing the poems that Henry VIII composed. 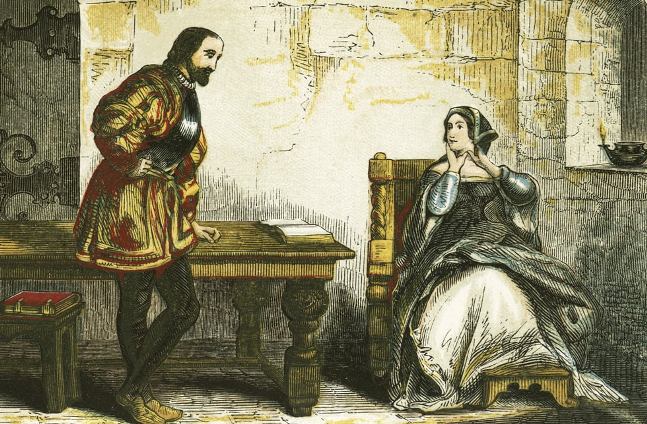 Anne Boleyn’s conversation with the Lieutenant of the Tower

They write that, once in the Tower, Anna fell to her knees and began to cry, «and being in such sorrow, she burst out laughing loudly every now and then.» But Boleyn soon realized that she was doomed. «Mr. Kingston,» she said to the jailer, «am I going to die without justice?» To this he primly replied that «even the lowest of the royal subjects is granted justice.» But Anna only burst out laughing in response: she should know what Henry’s justice is like!

Soon Anne Boleyn, as well as her friends and accomplices in the conspiracy — Henry Norris, Mark Smeaton and her brother Lord Rochford were sentenced to death.

All the men found guilty by the court of having relations with the Queen, including her brother George, were executed on May 17, 1536. Henry mercifully abolished their hanging and evisceration, confining himself only to beheading. Anna herself expected the fate for several more days. 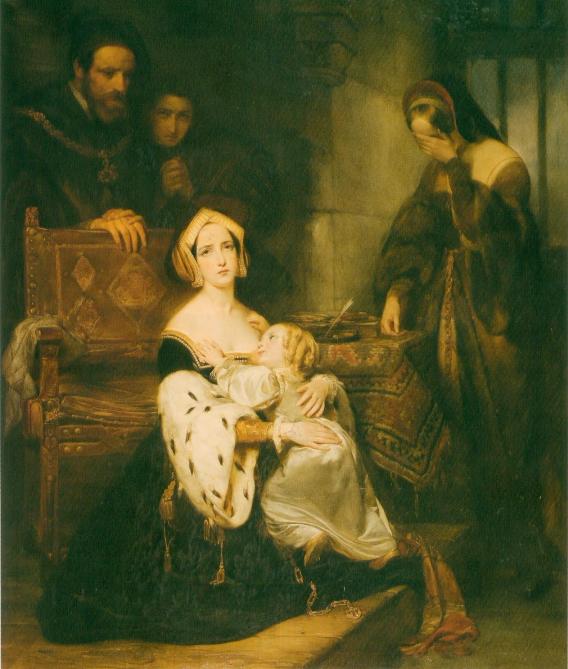 A few days before the execution, Anna wrote her last letter to Henry, where she assured him of her love and devotion. In its last lines she wrote: «I have now experienced your benefits completely for myself. I was nothing; you made me a Stateswoman, a Marquise, a Queen; and when it was no longer possible to exalt me completely on earth, you make me a saint.» 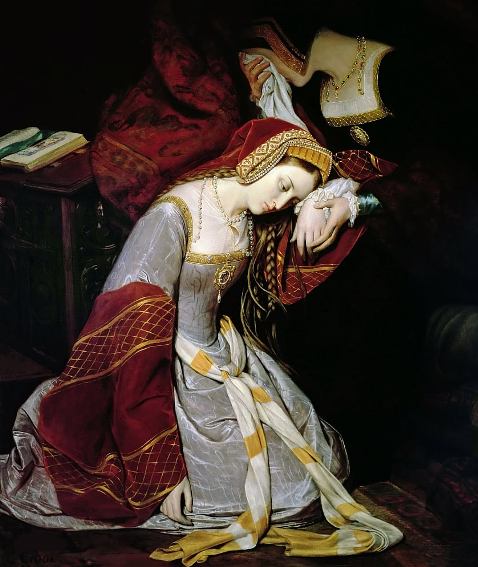 Edouard Cibot. «Anne Boleyn in the Tower of London»

The Queen was sentenced to be burned at the stake or beheaded – at the discretion of Henry. He ordered to cut off her head, but to do it not with an axe, but with a sword – following the example of neighboring France. According to legend, after learning about this, Anna ran her hands over her neck and laughed: «I’ve heard that the executioner is a master, and my neck is thin.» True, there was no executioner in England who skillfully operated with this tool, and a specialist from Calais had to be discharged. 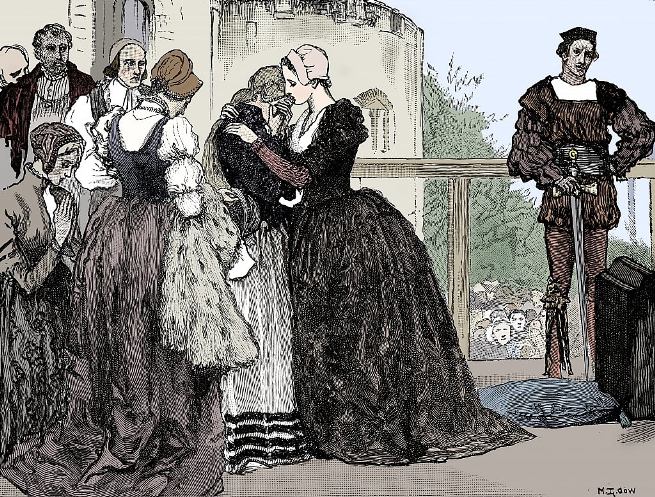 On May 19, 1536, Anna was brought to the lawn of the Tower under the protection of two hundred archers. For her sad death, the queen dressed up as if for a ball. She was wearing a long dress of green damask silk with a red petticoat. Her hair was held up by a white ribbon and a small dark hat, she had a gold cross on a chain on her chest, and white gloves on her hands. And only the Bible in her hands emphasized that this outfit was not for a holiday. 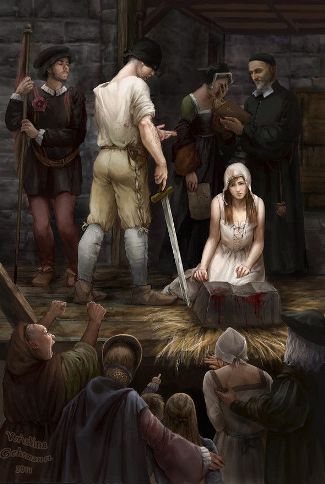 Climbing the stairs to the scaffold, Anna took off her hat and veil. They say that before the execution she made a speech extolling the king for all sorts of virtues. But this disgraced queen could not help. One of the ladies of the court accompanying her, blindfolded her with a large white handkerchief. 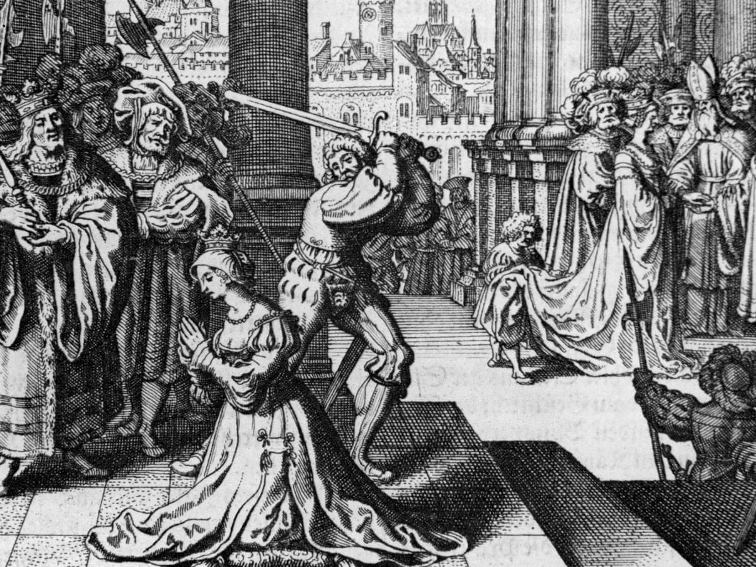 Anna put her head on the block, and the executioner, swinging a long two-handed sword, cut off her head with one blow.

According to legend, after receiving the news of the execution, Henry VIII cheered up and shouted: «It’s done! Let the dogs down, let’s have fun!» On the same day he married his mistress, the court lady Jane Seymour. 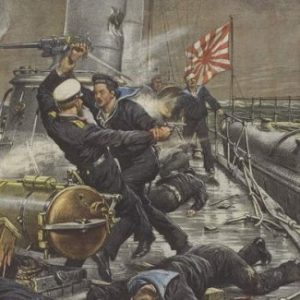 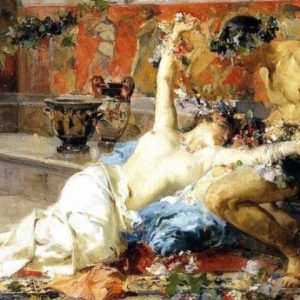 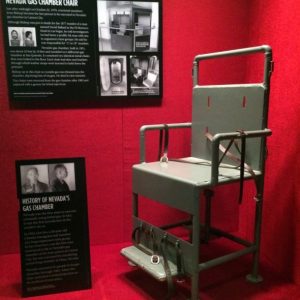 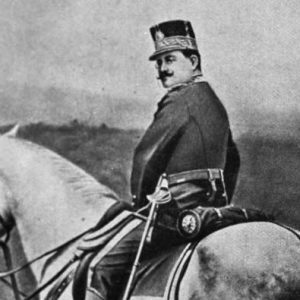 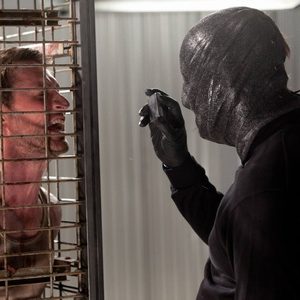