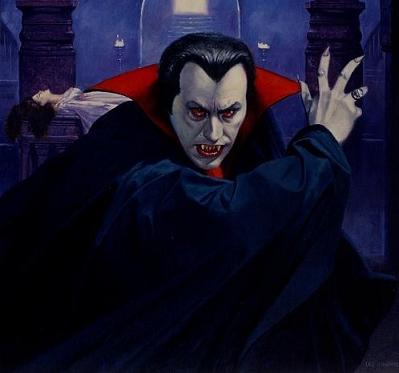 Bram Stoker wrote his famous novel «Dracula» based on Irish legends, but he moved the action to Transylvania, an area in northwestern Romania. In this mysterious country for the British, there were ideal conditions for vampires: few cities, but a lot of forests, difficult communication between villages and castles scattered along the gentle slopes of the Carpathians. The population is dark, but deeply religious. Stoker wrote: «I read somewhere that the deepest prejudices are born in the foothills of the Carpathians, as in the center of an imaginary whirlpool.» 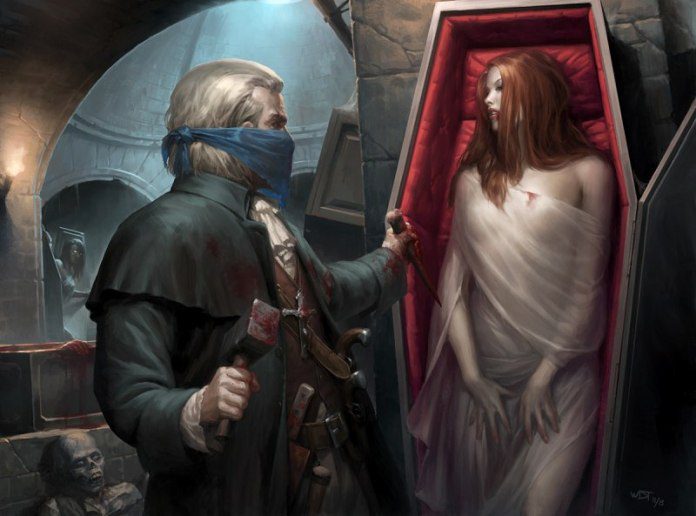 As you know, people who had porphyria were often mistaken for . And there were especially many cases of porphyria in the Middle Ages in Transylvania, which was facilitated by marriages between relatives. Therefore, there are legends about vampires have become particularly widespread. In Transylvania, vampires were so feared that during funerals, a sickle was attached to the coffins over the necks of the deceased. If the deceased turns out to be a vampire, then when trying to get out of the coffin, he had to lose his head. There were also whole revisions in cemeteries. It was believed that when a young virgin brings a one-colored horse to the grave, this is a sure way to find out whether a vampire is lying underground or not. If the horse calmly steps over the grave, then no, but if the horse does not want to go, then it is necessary to dig up the ground and hammer an aspen stake into the dead man’s heart. When the dead were impaled, they often made a hoarse sound. It was believed that this was the dying moan of a vampire, although in fact the sound was made by the air remaining in the dead man’s lungs, which was coming out. 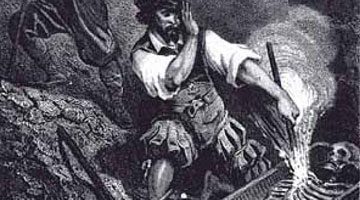 Some mysterious crimes also contributed to the spread of legends. For example, in the village of Medvegia in 1732, they believed in vampires after one incident. First Arnold Paole died there, unsuccessfully falling off a hay wagon, and three days later a young woman named Stanachka died of fever. For some reason, the residents of Medvegia decided that the «pestilence» — the spirit of the deceased Paole drank blood for three nights at the Stanachka until he brought her to the grave. After that, they dug up Paola’s grave and found that Arnold’s shroud was soaked with blood, and fresh blood was flowing from his eyes and mouth. The villagers considered this proof that Paole was a vampire and without much delay drove an aspen stake into his heart. Although doctors say that bleeding from corpses is normal. After rigor mortis, blood begins to flow from their ruptured vessels. 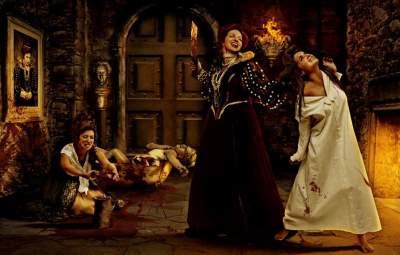 Transylvania bordered Hungary, where the existence of vampires was also not doubted. Legends about them were not born from scratch. They mixed real and fictional atrocities of famous people, which gave them credibility. The most famous Hungarian vampire is Countess Erzbet Bathory, who tortured about six hundred girls for the sake of prolonging her youth. They say that she not only drank their blood, but also took blood baths. 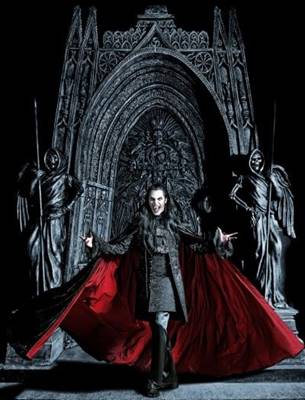 But an even more cruel villain was the Hungarian Count Vargoshi, about whom the Magyar chronicles of the XIII century tell. Allegedly, this sadist and libertine sent more than a thousand virgins to the next world during his lifetime. He cruelly tortured the girls before the murder, and tried to arrange his death beautifully. He arranged a magnificent orgy in his castle, and then, after enjoying all the delights of earthly life, committed suicide. The residents did not doubt Vargosha’s connections with evil spirits, and therefore they tried to send him straight to the underworld. The body of the count was wrapped with silver and bronze chains, stuffed into an oak barrel, which was filled with boiling resin and sheathed with sheet copper, then this sarcophagus was wrapped with iron chains and dropped to the bottom of the well, and the well itself was filled with molten tin and a cast-iron plug was placed on top of it. And for insurance, aspen stakes were driven into the ground around the well. 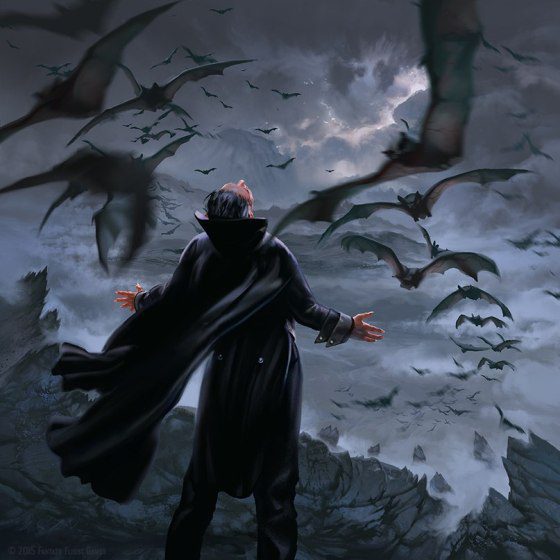 But the sinister essence of the late count turned out to be stronger than this super defense. Forty days after his death in the morning, seven female corpses with bitten necks were found by parishioners in the courtyard of the local village church. Judging by the fact that the fence of the church was broken, the unfortunate women sought salvation in a holy place, but the one who pursued them was not stopped by either the fence or the holy cross. Residents rushed to the well and what they saw there horrified them: aspen stakes were knocked down, the cast-iron lid was torn off, and the layer of frozen tin was torn. On the same day, the corpse of a local priest was found strangled with an iron chain wrapped around a barrel.

This atrocity against a clergyman seems to have provoked God’s wrath. Soon a terrible thunderstorm broke out, lightning strikes destroyed Count Vargoshi’s castle to the ground. Perhaps the powers of heaven tamed the evil vampire, since such atrocities have not been repeated. However, there was no certainty about this, people in the district continued to disappear and residents blamed the late Count Vargoshi for their disappearance for several centuries. 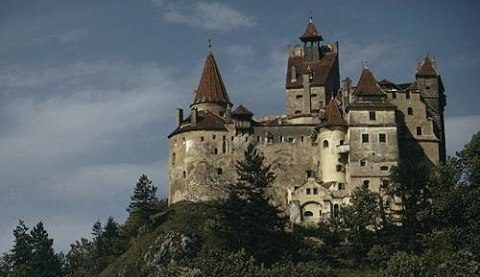 Central Europe lived for a long time without fear of vampires, who raged on the outskirts of the continent – in Transylvania, Wallachia, Serbia and Hungary. The situation changed after the conclusion of the Peace of Passarovica in 1718, according to which Austria received part of Northern Serbia and Wallachia. In the new territories, the Austrians got acquainted with the strange customs of the local population, which periodically subjected the graves to revision and dealt with dead bodies that seemed suspicious to him. Some of the Austrians attributed it to the savagery of the local people, and someone began to delve into the essence of these customs. 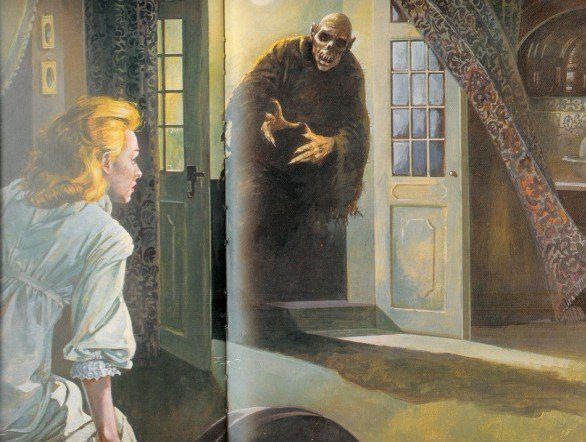 It turned out that the local population firmly believes in vampires and considers one of their distinguishing features the absence of decomposition in corpses. A real sensation in Central Europe was caused by the story of Peter Blagojevich from the village of Kisilova in Serbia, which happened in 1725. Some time after Blagojevich’s death, a strange attack struck Kisilov’s village. Nine completely healthy people died in one week. And they all told the same story on their deathbed. Allegedly, a dead Peter appeared to them in a dream, lay down with them on the bed, after which the peasants felt that life was beginning to leave them. Residents of Kisilov exhumed Blagojevich’s body in the presence of a priest and found that it had not been subjected to decay, new hair and nails had grown instead of fallen out. And most importantly, fresh blood was found on the lips of the deceased. Kisilovtsy immediately dug an aspen stake, which was driven into the chest of the dead man, and then, for reliability, they also burned Blagojevich’s body. 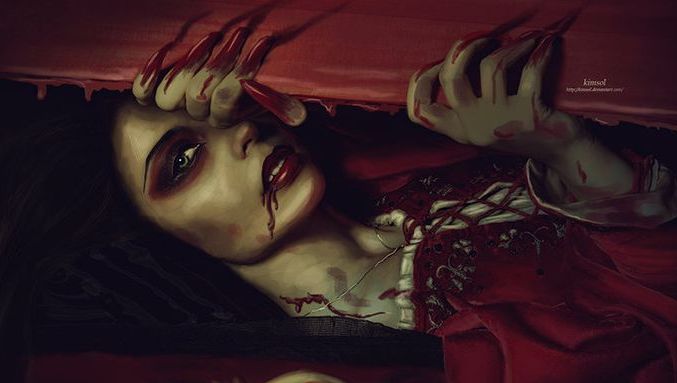 After such stories in Central Europe, especially in Austria and Germany, they began to be suspicious of their own dead. And soon they found out that there were vampires among them, too. Europe was gripped by real horror after the news of a series of vampire attacks in East Prussia in 1721 and in the Habsburg Monarchy in the period from 1725 to 1734. Documentary evidence was received by the case of how the deceased 60-year-old Peter Plogojowitz came to his son at night, and, in the end, killed him, and then several more neighbors, who were found with great blood loss. And the real sensation was the story about a woman nicknamed «Tyrolean healer» from the hamlet of Hemsdorf. She healed people and healed many. And when in 1753 she realized that her death hour was approaching, she asked her husband to cut off her head after death and not bury her in the cemetery of the Catholic Church. However, the husband was cowardly and did not fulfill the dying will of his wife. For this, after her death, she began to appear to him at night in a vampire form. The husband told the priest about it. And he ordered the exhumation of the body of the Tyrolean healer and several other deceased. In total, three dozen corpses were dug up, 20 of them were recognized as vampires and subjected to posthumous execution.

The end of panic and hysteria in Central Europe about vampires was put in the second half of the XVIII century by the Empress of the Holy Roman Empire Maria Theresa. First, she instructed her personal physician Gerhard Van Stein to investigate the existence of the reviving dead. And then, having secured his conclusion in the absence of these, she issued a law prohibiting the opening of graves and the desecration of corpses. 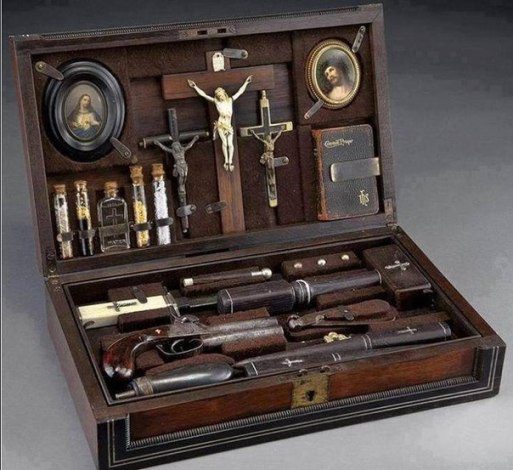 Recently, the vampire theme has become extremely popular in the cinema. And the films show a variety of ways to fight vampires. Of these, the main ones are considered to be four ways to kill a vampire, known since ancient times. The classic way is to pierce his body with a stake made of aspen, ash or oak. According to ancient beliefs, these trees have magical properties. Only there is no evidence that this is how you can deal with a dead man who has risen from the grave. Previously, a stake was used to pin a dead man to the ground so that he could not get up from it. The second way: drown in running water. This is due to the popular belief about the purifying power of water, no wonder witches were bathed in the river. But now this method looks unreliable, which is why it is rarely used in films. The third method is associated with the purifying power of fire. There is no doubt about it. Burning is a sure way of both witches and vampires. Method four: decapitation. This will also help for sure. In any case, the Winchester brothers from the TV series «Supernatural» only used it against bloodsuckers. There used to be a fifth way: a vampire’s heart was torn out, which was burned. Sometimes the ashes were dissolved in wine. It was believed that no vampire could possess the living soul of a person who had tasted such wine. 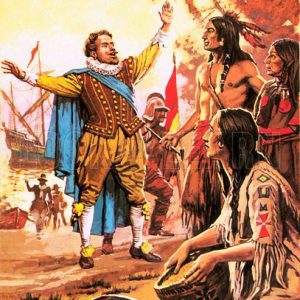 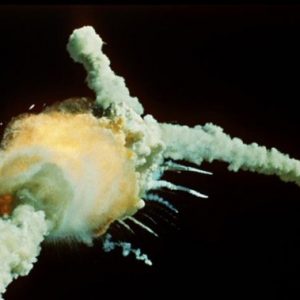 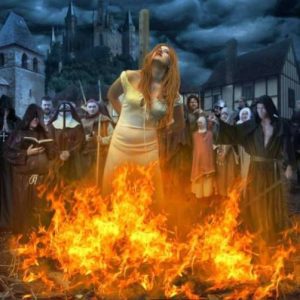 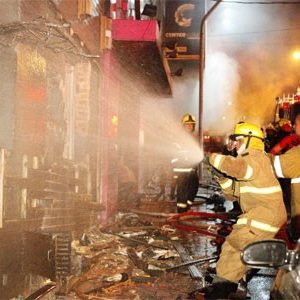 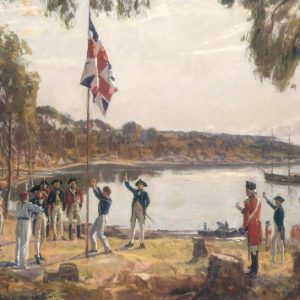