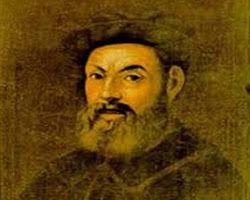 EXECUTION OF THE DAY According to Oleg Loginov. August 24 EXECUTION OF MONK EUSTACE The pirate of French origin, Eustace Busket, is known by the nicknames «Monk Eustace» (Eustace the Monk) and the Black Monk (Le Moine Noir). And his life served as the basis for a number of legends about medieval robbers. According to […]